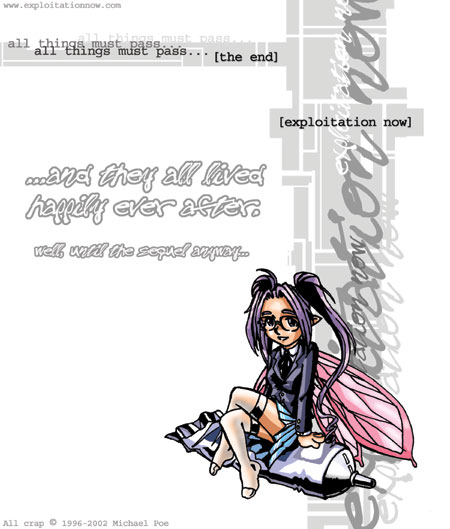 Enjoyed the comic? Try out the new comic, Does Not Play Well With Others!

Well, the good news is that Poe is home. They didn’t actually wait to even get all the test results before discharging him, they just sent him the moment he was stable, but he is stable and he is home.

Apparently, what happened is that he was sick (probably with this year’s particularly virulent flu, though we’ve yet to see results from any of his flu tests), that taxed his immune system, and then he got a pretty aggressive infection that worked its way into his kidneys. They shut down. He was also extremely dehydrated, which didn’t help. In theory, treating the infection and drinking tons of water should flush the system and put his kidneys approximately back to normal. So, they loaded him up with IV antibiotics and fluids for a while, and then ran some tests, and then sent him home with a prescription for a heavy duty antibiotic and instructions to drink at least half a gallon of water a day.

I am thrilled that Michael is home and that his condition is apparently reversible, but I am also really nervous about them sending him home so fast after having organs quit. In my experience, organs quitting is generally not an easily resolved issue (though I’ll admit my experience is a bit unusual and not entirely attached to reality, as magical multi-dimensional high speed hospital trains are not part of everyone’s organ failure experience, I’m sure). This is a very good hospital, though, and if they thought he was safe to leave he probably really was, it just… makes me nervous. “Acute renal failure” is a scary set of words, it doesn’t sound like the sort of thing that gets fixed by drinking lots of water and getting plenty of rest, not even with mega-antibiotics to help.

At the very least, Poe is going to need follow-up appointments, and now that he’s been sent home it’s going to be really hard to get him to actually go to them. Fortunately, Michael’s mom got here to provide reinforcements, so between the two of us I imagine we can get him to drink his water, take ALL his antibiotics, eat regularly, and at least schedule a follow-up appointment. It’s a start.

Edit: Apparently, not the flu, we finally got the test results back. That’s… weird.

Exploitation Now was probably my first real attempt at creating a webcomic. During its two-year run from 2000 to 2002, the comic underwent a lot of changes, and I was incredibly fortunate to have a fanbase willing to put up with me while I figured out what I was doing with it. What started as a raunchy, gag-a-day comic strip finished as a somewhat convoluted dramatic adventure book, but overall now that it’s done I think I’m fairly proud of it... even ten years later. I hope you'll enjoy reading it now as much as I enjoyed working on it then. - Poe


Does Not Play Well With Others